Running on empty? Use energy wisely or lose it. 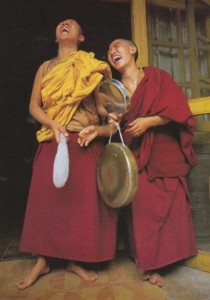 Bramacharya – the 4th Yama*. Historically this has meant preserving all energy for Spirit and removing oneself from the more human aspects of living. The yama of Bramacharya suggests abstaining from sex to enable the yogi to use sexual energy in other ways – to be channelled inward and to eventuate in enlightenment. This yama is often overlooked as not so relevant to the modern yogi, however when we approach it as being less about abstaining from sex and more about using energy (all energy) wisely; there is so much to be learned from this Yama.

Generally as a culture we tend to push ourselves to the limits. We go until we really need to stop. This mindset of “use energy, re-fill, use energy, re-fill” somehow doesn’t quite cut it when considered through the lens of Bramacharya. Because Bramacharya is about balance. The practice of moderation – tempering the potential for over-doing it to avoid having to over-compensate later.

Basically, it’s coming to terms with the FACT that where there is one extreme, the other extreme will follow. It’s the Yin and the Yang. If we expend too much energy, we’ll pay later.

Bramacharya is the practice of what the Taoists would call the ‘middle way’. The idea is to not to go go go until empty, but to replace and replenish energy as we use it. This requires a careful balance of letting go and discipline.

The two keywords for Bramacharya are Presence and Focus. Practicing those two things will bring balance. Guaranteed. On or off the mat.

* Yama – recommended yogic way to live as written in Patanjali’s Yoga Sutra about 1700 years ago.